All Kenai Peninsula College campus services are available virtually, or by appointment only. For general questions, call 907.262.0300 or email kpc.info@alaska.edu. Learn more about UA’s COVID-19 response. 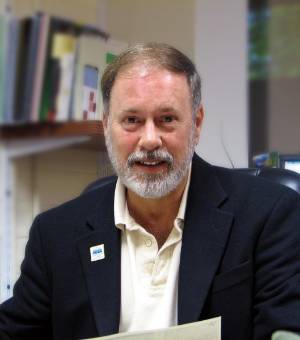 Prior to his present position, Turner was a senior vice president and general manager of Weber Shandwick Worldwide—the largest public relations firm in the world—in Seattle, Washington. In this role, he managed 60 agency employees and worked with clients including Microsoft Corp., Eastman Kodak Co. and numerous technology companies.

The retired U.S. Air Force veteran lived previously in Alaska, both in Fairbanks and in Ketchikan. He served at Eielson Air Force Base as the public affairs director and served in that capacity at several other locations around the world, including time at the U.S. Air Force Academy as an English and literature instructor. While in Fairbanks, Turner taught communication as an adjunct professor for UAA. He spent much of his time traveling throughout northern Alaska visiting remote communities and acting as the liaison between Air Force and Alaskan Native leaders. His work included handling numerous crisis situations and issues involving Alaskan resources and people.

In Ketchikan, Turner was an instructor, academic counselor, and coordinator of continuing education at the University of Alaska Southeast Ketchikan Campus. He also served as the executive director of the statewide Alaskans for Drug-Free Youth.

In 1982, the Air Force recognized Turner by naming him One of the Twelve Outstanding Airmen of the Air Force. He was chosen from 500,000 service members, and was the only public affairs specialist since the program’s inception in 1956 to ever earn this accolade until 2013. Turner was a NASA Space Flight Awareness Launch Honoree in 2000 and is the recipient of various NASA achievement awards. He received honors directing the Top Public Affairs Crisis Management Office in the Air Force in 1993, managing the Top Public Affairs Office in the Pacific Air Forces in 1993 and 1994, and was named the Person of the Year in 1981 by the Spokane Chamber of Commerce.

Turner founded and served as the director of the Kenai Fishing Academy, a week-long program, held at the college that combined classroom instruction on fishing and on-the-water angling trips. He created the academy in 2002 so Alaskans and non-Alaskans could improve their fishing skills and learn about caring for the Kenai Peninsula’s natural resources.

In January 2004, he began working with the Alaska Department of Fish and Game, Division of Parks and Outdoor Recreation, Kenai River Special Management Area (KRSMA) Advisory Board and the Kenai River Professional Guides Association, to establish the Kenai River Guide Academy at the college. In March 2006, new guiding regulations were signed into law and the 5-day guide academy is now required of all Kenai River fishing guides.

In August 2006, Dana Fabe, Chief Justice of the Alaska Supreme Court, appointed Turner to a three-year term on the State of Alaska Select Committee on Legislative Ethics, a body that advises the Alaska Legislature and administers the state’s legislative ethics law. In January 2009, he was elected as the chair of the full committee and chair of the Senate Subcommittee on Ethics. He was confirmed by the Alaska Legislature to serve another 3-year term in Jan. 2013 and again served as the Committee chair in 2014.

Turner is active in the local community serving as a judge for the “Caring for the Kenai” program, and supporting the Kenai River Professional Guide Association’s annual Wounded Heroes fishing event that hosts 100+ military members for two days of fishing on the Kenai. Turner was named the 2012 Person of the Year by the Soldotna Chamber of Commerce, was the 2013 Campaign Chairman for the Kenai Peninsula United Way and served on the Soldotna Economic Development Committee.

For the last two years, he has served as the chair of the University of Alaska Community Campus Directors’ Council and on the university’s Summit Team comprised of senior leaders.

He is a member of the Air Force Public Affairs Alumni Association, Veterans of Foreign Wars, American Legion, Air Force Association and local Chambers of Commerce.

He and his wife Marlene have been married 40 years, and have a grown son, daughter-in-law and two grandsons.